"MUSIC IS THE FOOD FOR THE EAR AND SOUL" -sb

With a sound that could only come directly from one's soul, Steven Bundick a/k/a Steven B. has been spreading his "musical gospel" to all with willing ears to hear. His arresting but yet creatively soft tonality as well as its haunting drive, seeks to capture his audience's attention just as the Pie-Piper leads his trail of following mice. Steven B. comes straight at you with the mission of getting into your musical conscious. His saxophone sound is not that "fluff and puff - technically enhanced" elevator or doctor office music that we have been subjected to digest. Filling each musical moment with sincere emotional colors, his saxophone is the tool used to tell a story.

The journey of discovering one's musical voice is a personal and often times an arduous lifelong pursuit. However once discovered, one could look back and attribute the building blocks of that journey were shaped by many, many musical influences. Such is the case for Steven B. The musical influences that have cultivated and shaped his musical ideas and sound are John Coltrane, Miles Davis, Frank Morgan, Julian Cannonball Adderly, Grover Washington Jr, Wayne Shorter, Rahsaan Roland Kirk, Stanley Turrentine, Bobby Watson, Elle Fitzgerald, Sarah Vaughn, Freddie Hubbard, Herbie Hancock, Kirk Whalum, Kenny Garrett, Gerald Albright, Earth Wind & Fire as well as dozens of lesser known musicians and artists. These influences combined with life's experiences and his spiritual walk are the synthesis of Steven B's musical voice.

"Every time I put the saxophone in my mouth or sing a song, I feel it's another chance or opportunity for me to touch someone emotionally. Be it happiness, sadness, anger or any other emotion, it's my job or my ministry if you will, to move an individual emotionally. At the very least I want to take them on an emotional journey that hopefully at the end they're feeling something totally different than what and where they started. That is my attempted mission as a musician."

Currently and for the past 13 years now Steven B. has been working and rendering his sweet saxophone sound and vocal talents in the music ensemble of the legendary vocalist Jean Carne.

"Playing and singing in Jean's band and being under her tutelage has been a wonderful experience for me. It's such an honor. From her totally professional and on-spot stage presence to her first hand stories and accounts of being in the music business for more than forty years have been invaluable lessons. No matter the venue or the audience, she is always ready and prepared - full throttle! And to top it off, she's the sweetest person and a pleasure to work with. Truly a REAL DIVA, not a wanna be!!!"

Besides all of the sideman accolades noted, Steven B. also leads and fronts his own group under the moniker "Steven B. & Friends". This group consists of some of the finest and most talented musicians in the Washington-Maryland-Virginia metro area.

Hailing from the musically rich city of "Brotherly Love" - Philadelphia, PA, Steven B. began his musical journey at an early age playing the clarinet. Growing up in a household where music was encouraged, all of his sisters and brother played instruments. Without a doubt this musical linage was fostered and enriched by his father who himself was a semiprofessional musician (saxophonist and clarinetist) on the Philadelphia big band scene during the mid-40's with bands that have included John Coltrane, Jimmy Heath, Owen Marshall, Wilber Campbell and many other local Philadelphia musical legends and giants.

Eventually picking up the saxophone, or more or less the saxophone picking him, Steven B. started his saxophone odyssey by the time he was twelve years old. Developing rather quickly he started playing in area RnB bands performing for local shows, private parties and other social events. In addition, participation and singing in his church choirs as well as All City Concert choirs was a constant staple in Steven B.'s early life.

"Early on I realized somewhere deep in my spirit that when I played the saxophone or sang, there was a feeling of something divine and powerful happening. A feeling I couldn't describe or explain. All I knew was that it felt "peacefully right" and that I was meant to do this! In other words, my sense of purpose - my ultimate connection with the universe!"

Today equipped with his soprano, alto and tenor saxophones, Steven B. is thrusting into the future ready to harken his musical clarion call.

A musical clarion call that should be heard, must be heard, will be heard!!! 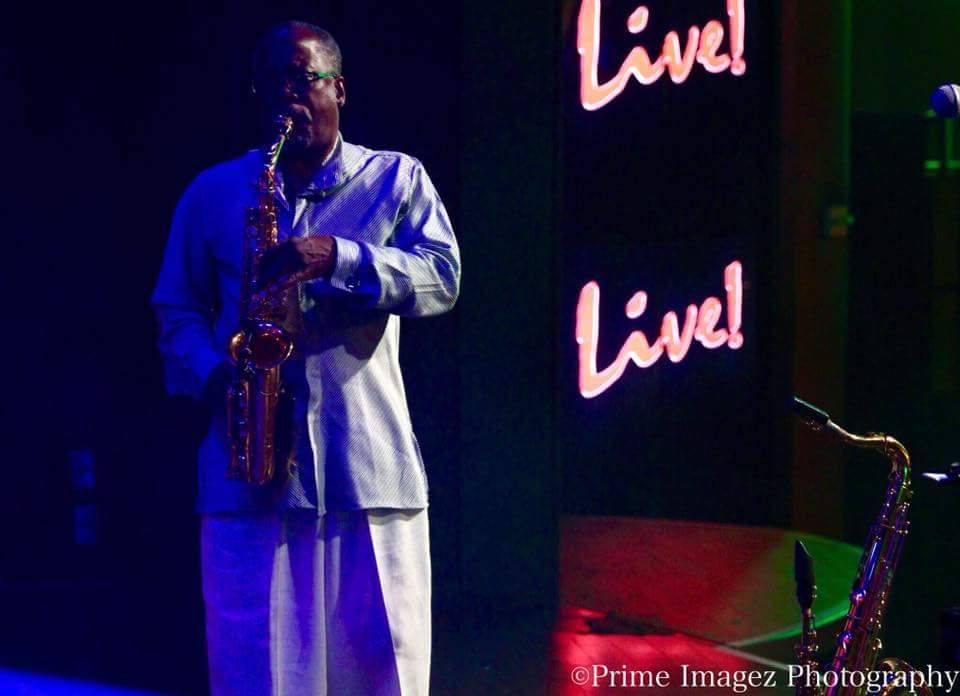